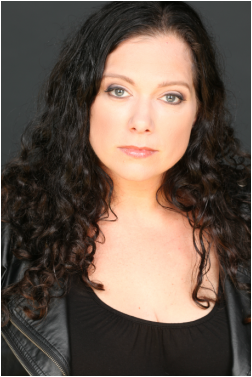 Photo by Barry Morgenstein
As an actress, Eliza can be seen in Bill Tilghman and the Outlaws, House of Cards, and in the upcoming season of Thespian the Series. One of Eliza's favorite roles to date was as Mary Todd Lincoln in Fox News' Legends and Lies: The Civil War. As a Producer, Eliza started with The Bully Effect in coordination with Novo Filmworks, and recently was involved as an Executive Producer on The Darkness Before Me, currently in post production.

Eliza's initial acting training began at the age of 5 for a commercial being produced by a neighbor, then on to a speaking role at the age of 9 in Cat on a Hot Tin Roof. She continued performing in the chorus in middle school, and because of her intense desire to perform, she auditioned for and was accepted into the Cobb County Center for Excellence in the Performing Arts at Pebblebrook High School in the Atlanta area. She learned about the professionalism of theatre under the tutelage of J.T. Kidd and Tim Habeger. Returning to the stage later in life, Eliza quickly transitioned to film and television, finding her love of the camera and set life overode her desire to be on stage.
​
Eliza also has a Masters in German Literature, a black belt in Tae Kwon Do, has been an international flight attendant with German and Spanish language fluency, a mortgage banker, a teacher, and a mother of 4. Eliza's children have followed her into the industry as actors, writers, voice artists, and more.